These Tiny Creatures May Be the Cutest Ever–And Make Good...

by Janice Friedman 3 years ago3 years ago
3kviews
412

Sugar gliders may be the next super pet. They’re super adorable—maybe even one of the most adorable creatures on this planet—and super friendly. They also tend to be healthy pets, so long as they’re properly cared for. In fact, they can live up to fifteen years.

They’re also super nocturnal, so potential sugar glider owners should be aware that these little creatures wake up and often make noises at night. This is in part because while they may look like they resemble a flying squirrel, they’re actually closer to an opossum. Sugar gliders are, in fact, marsupials, and like their opossum cousins, they wake up when the sun goes down. They’ll bark, chirp, leap, and crawl more in the night than in the day. 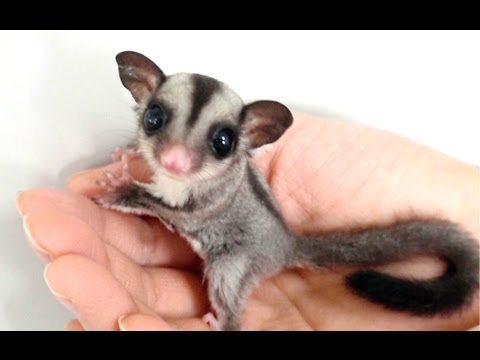 In many states, like Maine for example, it’s legal to own sugar gliders without a special permit, like gerbils. We say sugar gliders because they’re social creatures, and they’ll get lonely and maybe even depressed if they don’t have other sugar gliders to share their cage. That’s another important thing potential sugar glider owners should know.

In the wild, sugar gliders are tree-top dwellers, and leap from tree branch to tree branch, using their flying-squirrel-like membrane to catch the wind and glide on it. Like the flying squirrel, they don’t actually fly—in that way, they’re more aptly named. 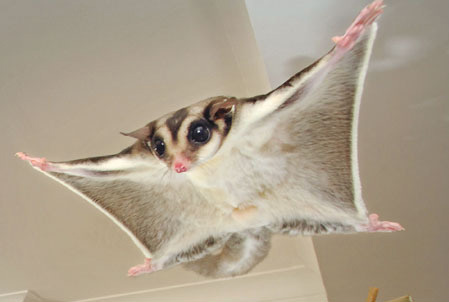 They also have specific dietary needs. Sugar gliders eat a special powder that ships from Australia, their natural habitat. The powder contains acacia and dried gums. This can easily be mixed with scrambled eggs or honey. They also eat fresh vegetables and fruits. These tiny pets can require some work on the part of their humans, but the rewards are worth it: cute, friendly, fun little creatures that will provide you with companionship for over a decade.